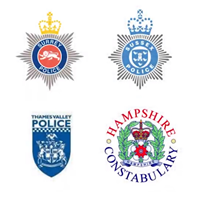 The 65-year-old man was cycling along Bexhill Road around 6.20pm on Friday (July 10) when he was hit by a ball bearing near to the junction with Harley Shute Road. He suffered a head injury and was taken to the Royal Sussex County Hospital in Brighton, where he remains in a serious but stable condition. The following day, on Saturday (July 11), a 37-year-old man contacted police to report he had been hit with a pellet from a BB gun, fired by a man in a passing vehicle. This happened around 12.30pm on Mount Pleasant Road in Hastings, and did not result in serious injury. Investigating officers are keen to hear from anyone who witnessed either incident, particularly anyone who may have any relevant dash cam footage from
Bexhill Road at the time of the offence.
Anyone with any information is asked to contact police online or by calling 101 quoting Op Falmouth.
A 26-year-old man from St Leonards has been arrested on suspicion of causing grievous bodily harm with intent.